Okay, I’m on a train again this time on the way to Madrid. This is the first of my proper trips using the interail pass and it went quite smoothly. The only problem I had was getting out of my hotel. There was no-one in the reception at 8.30 and the whole place was like Fort Knox. It was as hard to get out of as it was to get in what with three different gates to open with three different keys. I was going to leave the money with a note but then realised I couldn’t get out without the key so I couldn’t do that. Nightmare! Eventually, I banged on a door next to the reception and a bleary eyed man staggered out who couldn’t speak a word of English. He tried to overcharge me but eventually I paid the right amount. I tried to explain about the door situation which you couldn’t open without the key but I’m not sure he understood me. He seemed to think I could just push the door open. So going down four floors I tried to follow his instructions and of course it didn’t work just like I thought it wouldn’t. Fortunately, someone with a key came by and let me out so I didn’t have to go back up the four flights of stairs. When it comes to hotels you probably get what you pay for, and I didn’t  pay very much! 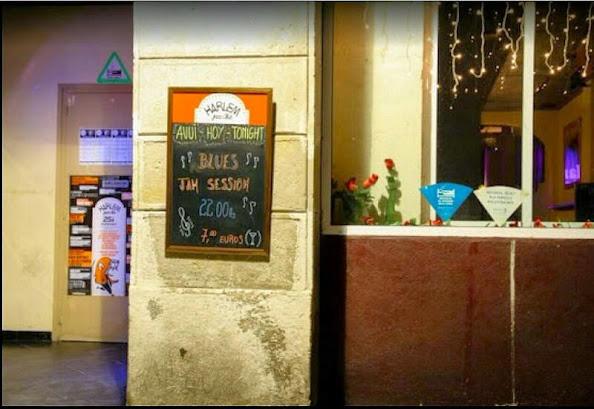 Barcelona is great. I stayed two nights instead of one. Last night I went to a really good live music venue called the Harlem Jazz Club. It was blues jam night. The band were brilliant and I bought one of their CDs. I also did two numbers with them on piano and voice. I must have done okay because if they don’t like you you only get to do one number. It wasn’t really like a jam that I usually go to but the place was full and it was a really good night of music. The standard of the musicians was awesome.

During the day I got a travel pass and went round looking at the sights. The old city and Gothic Quarter are lovely but there is a lot of Barcelona that is quite boring and unremarkable. I love the Ramblas though and I went to possibly the best market ever. It’s amazing because in the past I must have visited this area more than five times but it was like I was seeing it for the first time. I never even knew there was a big market there. I suppose it’s the difference between travelling with others and travelling alone. Going solo can be lonely at times but at least you get to do and see what you want. It’s possible to be more spontaneous .They had fruit from everywhere in the world and it was lovely and fresh. I definitely had more than my five a day yesterday. 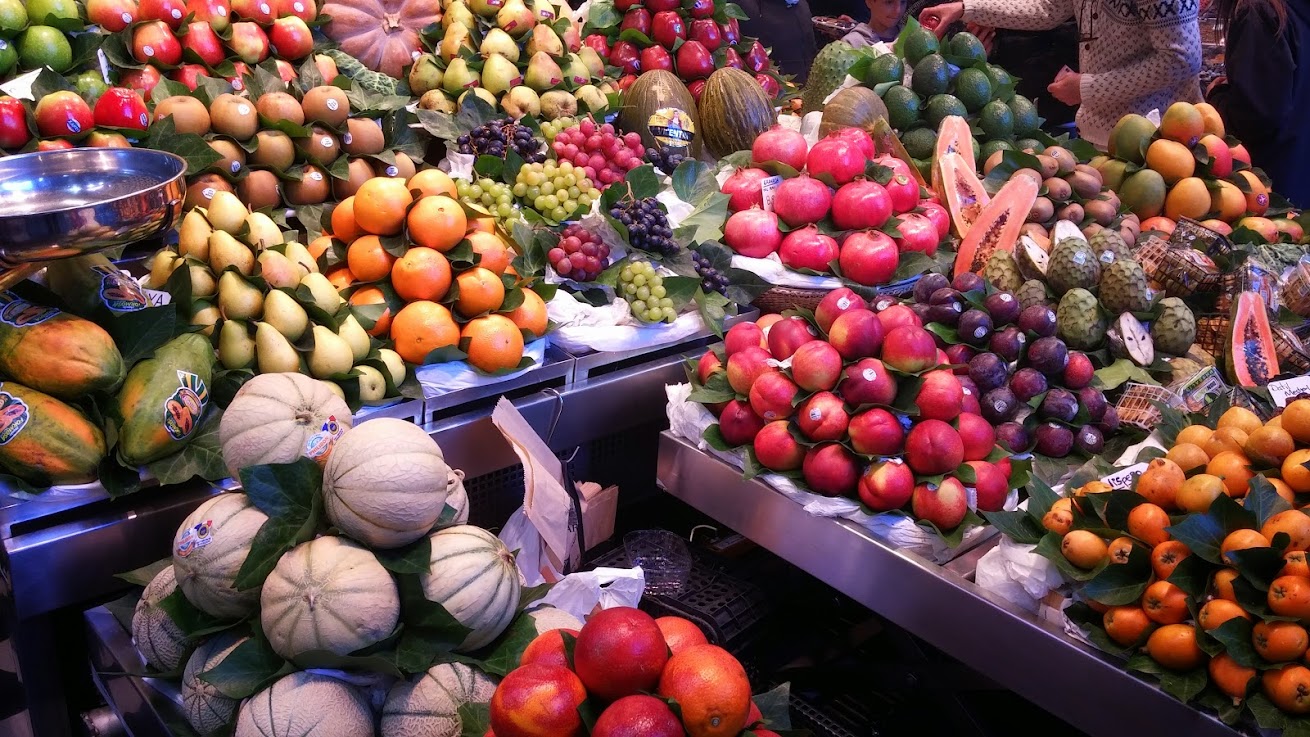 Fantastic market off the Ramblas, Barcelona

I’ve just stopped at Zaragoza. Will be in Madrid in about an hour.