Well,I’m feeling a pretty strange. I’m writing this on a train heading for Montpellier where I have a bit of a wait before I get a  train to Barcelona. A month ago it seemed like a good idea and I’m sure it will eventually be one (idea that is). It’s good to do something different! I flew from Gatwick to Nice yesterday and everything seemed fine. Monarch Airlines were a bit odd and their baggage policy is even worse than Ryanair but they eventually let me on to the plane after queuing for about an hour.

When I got to Nice Airport everything was good and there was even a bus waiting to take me to the centre of town. I thought it would take me all the way to the railway station where I had booked a hotel, the Elvira, but it stopped way before then. Panic!! It was also pouring with rain and cold. This wasn’t supposed to happen! This is supposed to be the sunny Riviera!! I asked the driver in atrocious French how to get to the station and I managed to understand that I needed to get the tram. Somehow I stumbled upon the tramlines and walked along until I found a stop. Fortunately, my bus ticket was okay for the tram and I eventually arrived at the station at about nine o’clock. Another half an hour of getting wet and lost I was standing outside the hotel with the door locked and no-one at the reception. At this point a certain feeling of misery and panic crept in. Eventually, I was let in and finally got into my room with the sound of rain dripping on my tiny balcony through an open window. A dim, single light dangled from the centre of the ceiling. I slept badly and was afraid I would miss my train the following day. I set two alarms but didn’t need either of them. 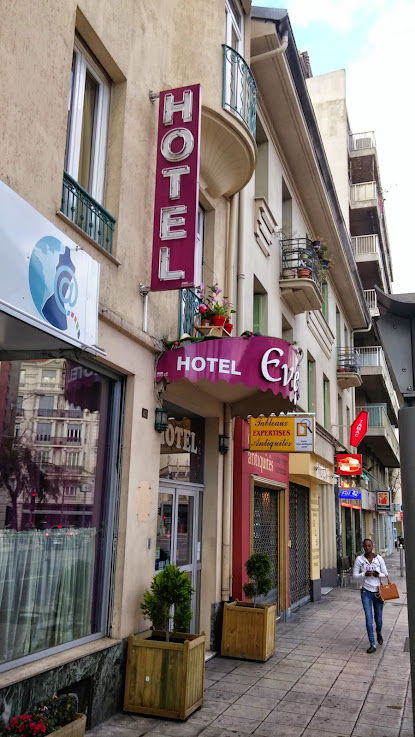 Hotel Elvira, Nice where I spent my first night!

After a strange night of weird dreams and feelings of disorientation I had a nice couple of hours looking round Nice and am now on the train writing this, still feeling strange but adjusting to the little adventure I have set upon. The weather’s better now as well. Another eight hours and I will be in Barcelona. Can’t wait!! 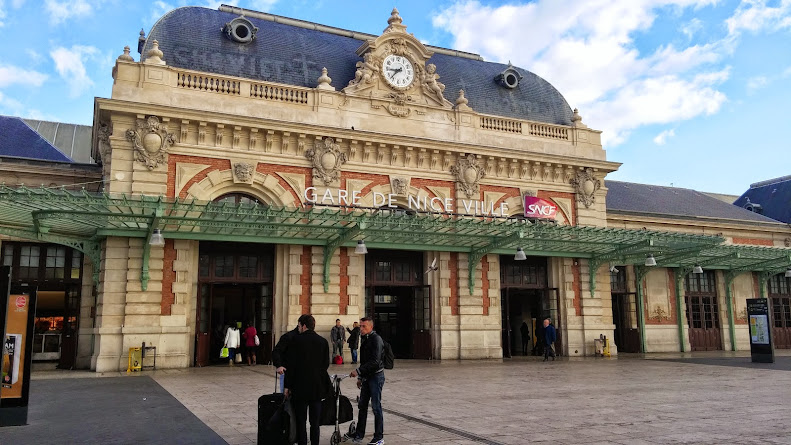 Nice station. Off to Barcelona!!