I woke up early this morning and decided to go somewhere. But where? Well, there are many places I have never been to that I want to see. Not all of them are pretty or picturesque but there is always something worth seeing and interesting people to meet. So, I decided on Hull. It’s not a place with the best reputation and it’s not the sort of place you pass through. You have to make a deliberate decision to go there. So, here I am on a train headed for Sheffield, then to Doncaster, then to Hull. Total travelling time three hours but you couldn’t drive it any quicker. I’m quite excited really. What will I find when I get there? Many interesting things no doubt. It will also be nice to be by the sea although I won’t be doing any sunbathing today, or any bathing for that matter!

Travelled on a tiny two coach train from Doncaster to Hull that stopped at every station. Had a good view of the Humber bridge which is pretty amazing. The Hull station is very nice with a statue of poet Philip Larkin who lived in Hull for thirty years. He’s the one who came out with the famous line about sex being invented in 1963 between the trial of Lady Chatterley and the Beatles first LP. Good stuff. Initial impression of Hull is quite good. It’s got a nice feel about it and the people are friendly with a great accent. Now to find the interesting bits.

Hull is bigger than I expected and there are many grand civic buildings attesting to it’s obvious great wealth in the past as a major port. It is also colder than Leicester presumably because of it’s proximity to the sea. Actually, it’s not as near the sea as I thought. The main tributaries are the mighty Humber River and the River Hull where the main docks were. There are some nice anomalies like the cream telephone boxes . Very strange after a lifetime of seeing red boxes (although I know many are just glass now!) There are also some really nice Victorian shopping arcades with delightful specialty shops.

Of course, my first stop was Caffe Nero where I had a nice cappuccino. Then I walked into the centre of town where there are many museums and galleries. I was amazed to find a major Andy Warhol exhibition at the Ferens Art Gallery. This was totally unexpected. I hadn’t done any research before I came so to find this was quite strange. Warhol seems to be everywhere! I’m beginning to think that rather than being famous, in the future everyone will be Andy Warhol for 15 minutes. This exhibition is huge. There is a room full of later paintings, a room with stitched pictures and a room full of posters for the many events and films he was involved with. 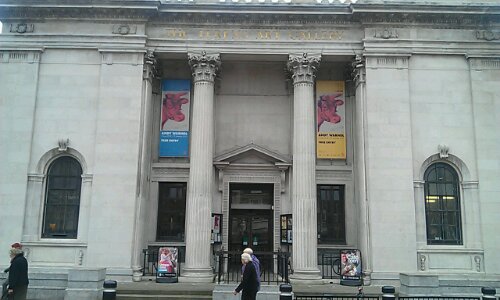 I’d never come aross the stitched pictures before. There are his trade mark multiple representations of the same picture but not like his silk screen prints. They are exactly the same picture but sewn together with thread, with bits of cotton dangling down which show exactly how they are done. Venus In A Shell alludes to Boticcelli but is set in the garden of a 60s Las Vegas house. Very intriguing. One of the remarkable things about the early screen printed multiple images is the way they change across the canvas because of the random way the technique works. They are all the same, but different. Like the images of Elvis that gradually fade away. There are no changes in the photographs. The only changes are caused by the dangling thread.

Venus in a Shell by Andy Warhol 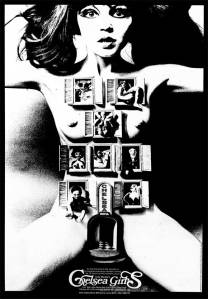 The room full of posters is very interesting and evocative. There is the iconic poster for the film Chelsea Girls and many of the other films he made. There are also some great ones of live performances like The Exploding Plastic Inevitable (although I see it’s called Andy Warhol and his Plastic Inevitable on the poster) which advertises a residency at the Filmore West on the same weekend as my birthday a year before the first Velvet Undergound album was released. What great joys I encounter!

Poster for The Exploding Plastic Inevitable. I like the bit that says Nico “Pop Girl of 66”! Doesn’t quite fit the ominous ballads she comes out with!

The room with the large later paintings sees Warhol returning to his earlier themes. There are soup cans, Brillo boxes and multiple screen prints. The one that attracted me most, although I’m not sure why, is the huge canvas called Repent And Sin No More. This is a typical evangelical statement that doesn’t quite seem to make sense. There is an element of contradiction and irony in it. Warhol would no doubt insist that it has no meaning beneath the surface. 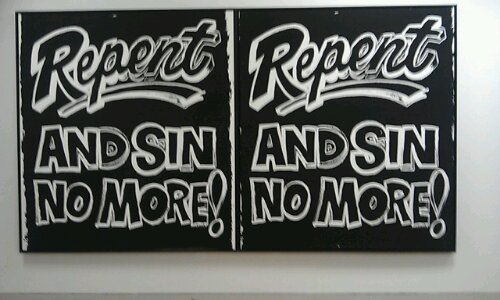 Repent and and sin no more

The permanent displays in the gallery are very good. Some really nice Renaissance pictures.

Of interest in the gallery are pictures by two women artists from the 19th Century, Rosa Bonheur and Emma Sandys. It is one of the few galleries I have visited recently that have work by women. Rosa Bonheur’s painting is on a large scale and is quite striking. 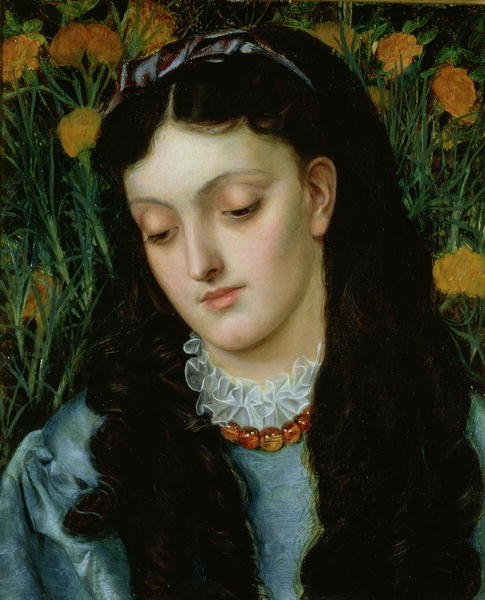 Well, time for lunch before I go on to see the Transport Museum and Wilberforce House. Went to Wetherspoons and actually did have a curry this time which was pretty good. Not bad to have a drink and a meal for just over £6!

The Transport Museum was fun with interactive displays and film shows. A great place to take the kids. There is a good display of early cars including electrical powered ones from the 19th century. It seems strange because electric cars seem like a new idea. There is also a tram and various buses and reconstructed streets and shops. Great fun and quite nostalgic.

Bus in Transport Museum with the tram behind it. 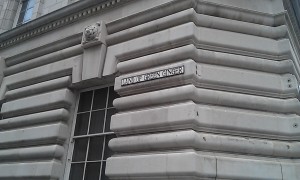 Yes, Hull is a nice place. The last place I visit is Wilberforce House. William Wilberforce was one of the most prominent slavery abolitionists in the 18th/19th Centuries. It took him years to get an anti-slavery bill through Parliament but eventually succeeded and deserves great credit for this. It seems incredible that the slave trade lasted as long as it did and makes a mockery of the idea of Free Trade. There is a hard hitting exhibition about the history and background of slavery in the museum that, quite frankly, left me in tears. It is astonishing that supposedly civilised people could have allowed it to continue for so long. As a crime against humanity it is as great as the holocaust and lasted much longer. Almost contradictorily, Wilberforce didn’t seem to share the same concerns about working conditions in England at the time. In a period when William Blake referred to Dark Satanic Mills and the exploitation of children was rife Wilberforce was a signatory to an act that outlawed trades unions. Of course, this doesn’t lessen the importance of what he did but it does raise other questions. Namely, WHY? It could be said that wage slavery is not much different to actual slavery. Still, it is an important and sobering exhibition.